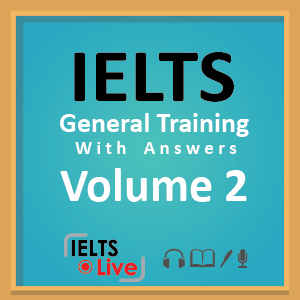 Don't Have a Car? Here are some of our suggestions for getting around town.
A Bus It
Carnegie Mellon and the city's public transportation system, Port Authority Transit (PAT), have an agreement by which degree-eligible students may ride any PAT vehicle when you show a valid Carnegie Mellon ID card. There are numerous buses with stops in the Oakland area, and many of them stop right in front of Carnegie Mellon's campus. Bus schedules are available at the University Center Information Desk, or they can be found online on the Port Authority website: www.portauthority.org
B Bike It
Bring your bike to campus. It's great exercise and there are plenty of free parking spaces (racks) available near class. And when you're ready for a break from hitting the books, there are loads of trails to ride throughout the city.
C Cab It
It's not free, but many Carnegie Mellon students use a cab to travel to places like the South Side and the Strip District. Peoples Cab Co. 412-441-3200; Yellow Cab Co., 412-321-8100; Port Authority Transit (PAT), 412-442-2000
D Walk It
There is plenty to do just outside of the Carnegie Mellon campus in Oakland, Shadyside and Squirrel Hill. The Carnegie Museum of Art and the Carnegie Museum of History are right down the street. Not to mention the Phipps Conservatory and Botanical Gardens that will make even a winter day look alive. Squirrel Hill and Shadyside shopping and eateries are within a 20-minute walk from campus.
E Zip It
It's about as close as you can get to borrowing the family car. Zipcars are located on and around campus and in several other locations in Pittsburgh. To use them, you sign up for an account online and get a card. When you need to get somewhere, book a reservation for one of the Zipcars online and then use your card to unlock the doors during the reserved time.
Read the text and answer Questions 8-14

1. Rental period
The conditions of this Agreement apply to any vehicles, including replacement vehicles, rented from Avis. Renter will rent the vehicle for the rental period shown on the Agreement. Avis may agree to extend this rental period but the rental period may not normally exceed 30 days. If Renter does not bring the vehicle back on time he is breaking the conditions in the Agreement. Avis can charge Renter for every day or part-day Renter has the vehicle after he should have returned it to Avis. Avis will charge Renter at the contracted rate until it gets the vehicle back.
2. Renter’s responsibilities
(a) Renter must look after the vehicle and keys. Renter must always lock the vehicle when he is not using it, and he will incur a charge (which Avis will set from time to time) for lost keys. Renter must use any security device fitted to or supplied with the vehicle. Renter must make sure that he uses the correct fuel.
(b) Renter is responsible for any damage to the roof or upper part of the vehicle caused by hitting low objects, such as bridges or branches. This applies irrespective of whether or not Renter has opted for collision damage waiver in accordance with Clause 7.
(c) Renter must not sell, rent or dispose of the vehicle or any of its parts. Renter must not give anyone any legal rights over the vehicle.
(d) Renter must not let anyone work on the vehicle without Avis’ written permission.
(e) Renter must let Avis know as soon as he becomes aware of any defect(s) in the vehicle.
(f) Where Avis has agreed to deliver the vehicle to Renter, Renter’s liability for damage and theft shall begin on delivery of the vehicle. Renter must bring the vehicle back to the agreed return location, during the opening hours displayed at the rental office. One of Avis’ staff must see the vehicle to check that it is in good condition. Where Avis has agreed that Renter may return the vehicle outside of business hours (Monday to Friday 08:00 to 18:00), or where Renter has requested collection of the vehicle, Renter’s liability for damage, theft and parking violations shall extend to the earlier of midday of the first working day following the requested collection time or the time of re-inspection by a member of staff.
(g) Damage to the vehicle includes glass and tyre damage.
(h) Renter will have to pay for repairs if the vehicle requires more than Avis’ standard valeting (cleaning), or if the vehicle has been damaged either inside or outside (whether or not it is Renter’s fault).
(i) Renter must check before he brings back the vehicle that he has not left any belongings in the vehicle

The Last Day to Pick Up a Fall 2010 ASM Bus Pass or Fall Replacement Pass is December 23.
Spring/Summer Passes - available Starting January 10.
StudentPrint will be closing for the semester at 3 pm on December 23 and the Student Activity Center (SAC) will be closed until Sunday, January 9.
January 23 the last day to pick up a new or replacement bus pass, no exceptions. If you lose your pass between December 24 and January 10, you will not be able to obtain a replacement. However you can purchase deeply discounted ride tickets at the University Bookstore and other locations around Madison.
Spring/Summer Passes Available Januarv 10
Spring/Summer ASM Bus Pass distribution starts at 10 am on Monday, January 10. Get your pass at Steenbock Library at the corner of Babcock and Observatory or at the Student Activity Center Main Lobby, 333 East Campus Mall 3rd floor lobby.
From January 10 to January 14 you can pick up a pass at Steenbock Library or the SAC from 10 am to 5 pm. Starting on Tuesday, January 18 through January 28 we'll be open later, 10 am to 6 pm. Please note we will be closed for the Martin Luther King Jr. holiday on Monday, January 17.
After the 28th, passes will be available at StudentPrint for the remainder of the semester. StudentPrint hours are 9:30 am to 6:30 pm Monday through Friday when classes are in session.
You must be registered for Spring Semester 2011 classes and present a valid WisCard or you will not be given a pass. If you have a new WisCard, you must wait overnight for your records to be updated before we can give you a pass.
Read the text and answer Questions 22 - 27

The last decade saw some big changes in cycling in technology, culture, infrastructure, and yes, even fashion.
A Carbon Fiber frames have gone from novelty to mainstream: Most brands of road bikes are now offered in carbon fiber and not just aluminum or steel. Bicycle companies have done the research and development to make reliable carbon frames and composite frames. Mountain bikes frames are also offered in carbon, which shows how reliable the new carbon frames are. Not only are these bikes now lighter in weight, they are also performing better than ever.
B Maturing of full-suspension bikes: the full suspension mountain bike has been improved and refined to specifically handle different types of terrain. The suspension is also adjustable so that your body type and riding style can be optimized for you. Like everything else, full-suspension bikes have become a lot lighter, which is a blessing for all riders.
C Another technology break-through: Disc brakes really came out and were perfected in the last decade Disc brakes (mechanical or hydraulic) are able to generate much higher clamp forces than rim brakes Disc brakes tend to perform equally well in all conditions including water, mud, and snow. Unlike most rim brake designs, disc brakes are compatible with bicycle suspensions.
D Electronic Gear-Shifting technology has spent a long time in development and in the 2009 season, battery-powered derailleurs which makes gear changes perfect every time and even compensates for traditional crossover problems. The rechargable batteries are speced to last over 1,000 miles between charges. Campagnolo has also been working on electronic gear-shifting as well, but decided to hold off until the economy improves -presumably about 2012.
E A better light in the dark: Bicycle lights have made some big advancements. In the last few years, they have become smaller, brighter, lightweight and less expensive. LEDs lights have taken over the “Be Seen” market with small, light-weight, multi-functioning modes including strobe modes for improved ”Be Seen” visibility. LEDs have also taken over the bright light market making night rides both on and off road not only safer, but fun. You no longer run out of road before you run out of light. In addition to increased lumens they also come with lightweight lithium Ion rechargable batteries that complement our light weight bikes.
F Cruisers became popular again. A wave of fun and classic-styled bikes with upright seating and balloon tires spread like an ocean wave from Southern California across the USA. Cruisers were back! New manufacturers dedicated to the cruiser market brought fun, whimsical styling and beach-inspired designs to bikes in the 2000 s. Many of the major bike manufacturers now have at least one, if not an entire line of cruisers. What’s not to love?
G Ahh! The Comfort Bicycle, an ideal bicycle for riding on smooth park trails or paved paths also became very popular over the last decade. These hybrid bikes with a soft ride typically have a modified mountain bike frame with a tall head tube to provide an upright riding position. These bikes are the perfect bikes to entice bike newbies or those who are returning to cycling with their comfort, ease of ride and a position that gives them confidence. We can never do too much to try to win more converts to cycling!
H The Boy's Club opened its doors. Major bicycle companies started thinking about women. In the past ten years, many companies dropped the “shrink it, and pink it” design theme for womens bikes, and actually took into consideration the geometry of womens specific fit bicycle frames and womens specific saddles for both road and mountain bikes. Trek was the first of the major bicycle manufacturers to take the lead and introduced their ' WSD' (Womens Specific Design) in 2002, and Specialized brought out their Allez Dolce womens road bike in 2003. Whether or not you think women need a road or mountain bike designed for womens geometry or not, it definitely was a marker as bicycle companies made a real effort to cater to women. By mid-decade, womens specific bikes for road, mountain or triathlons got a big upgrade in quality: lightweight composite or carbon fiber frames and premium components. It was about time!

Classify the following statements by person.

is quite optimistic about biofuels

welcomes the problems of moving to electric cars

Your exam time is over please submit exam.